"Lift Me Up" a song about surviving tragedy, being left alone by the death of a significant other and asking for help when in dispair -- is the latest song by Smash Mob feat. Laura Cheadle.  Cheadle, an accomplished solo singer-songwriter, is east coast music royalty and part of the musical Cheadle family (based in Philadelphia).  An animated lyric music video is in the works for "Lift Me Up" and is directed by Smash Mob's award-winning filmmaker Frank Rogala. Smash Mob is the production, composing team of Jason Eldridge and Frank Rogala. 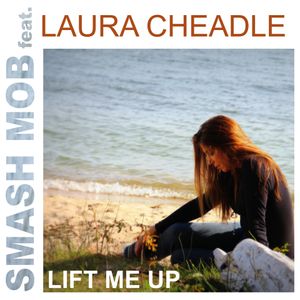