Smash Mob's latest single Gotta Warn Ya (Favorite Song) featuring Kristin Chambers has dropped! The single has a colorful live-action lyric music video. This song rejoices at freedom, sunshine and salt on my skin post quarantine! Smash Mob has been working with Kristin Chambers since late 2019 and we are excited to be able to finally begin releasing some of the great music we have been creating with her! If you like this song, check out Now You Want Me Back by Smash Mob feat. Kristin Chambers single and music video as well! Available everywhere music is available! 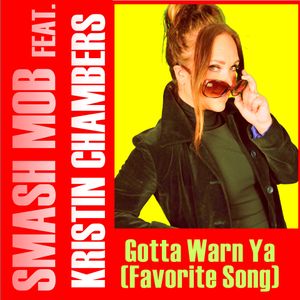 Music Supervisors can obtain this song for their shows at the new Smash Mob One Stop!