Imaginary Friends Music Partners (which contributes music to TV's The Young and The Restless as well as many Hallmark movies) has signed Smash Mob's new single feat. CaiNo "Don't Wanna Know."  Look for the song everywhere on March 26, 2021. To pre-save the song or to hear it after the 26th go to the Smash Mob Hyperfollow page. 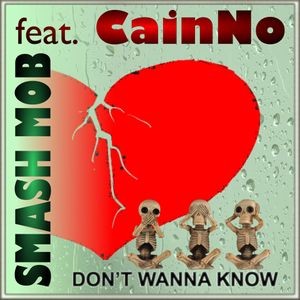