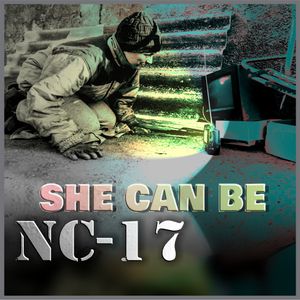 Frank Rogala (the other half of Smash Mob with Jason Eldridge) fronted the original NC-17 and performed with the band from the early 1990s in Hollywood. The band NC-17 is best known for being featured in the award winning feature-length documentary motion picture "Won't Anybody Listen." The band struggled to be heard by the music industry and several songs have recently been rediscovered and released by the label Hollywoodtrax/Manhattan.  Specializing in being a one-stop for film/tv placements the song is primed to sync'd to picture now that it is available to music supervisors globally through Holllywoodtrax/Manhattan Records. The song will be accompanied by a lyric music video created by Frank Rogala